One of Caravaggio’s most important works, Sette Opere di Misericordia, The Seven Works of Mercy is one of Naples most prized possessions. 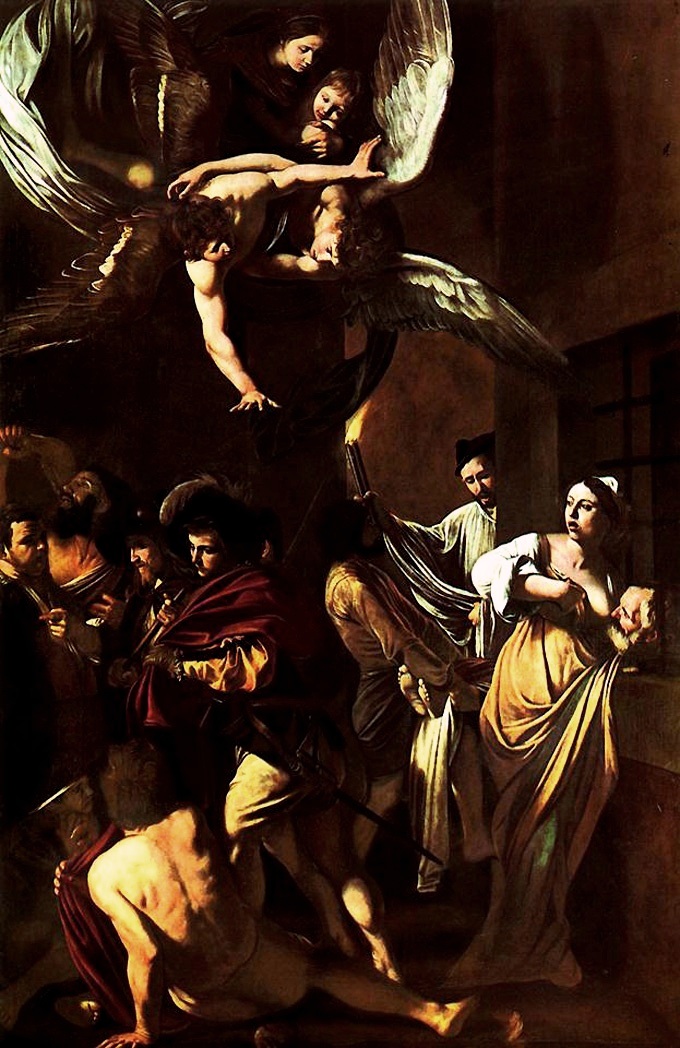 A priceless work of art that you won’t find in a museum or a gallery. Rather it graces the high altar of a small church just around the corner from Naples Cathedral, the Duomo. The octagonal Pio Monte della Misericordia (Pious Mount of Mercy) Church that has been home to the painting since its completion in 1607.

Depicting the (Christian) Corporal Works of Mercy, those that tend to the needs of the body, Caravaggio’s Seven Works of Mercy is a mission statement if you will. The inspiration behind a charitable organization founded in 1601 by seven young Neapolitans from seven noble families and still in operation today.

For I was hungry and you gave me something to eat, I was thirsty and you gave me something to drink, I was a stranger and you invited me in, I needed clothes and you clothed me, I was sick and you looked after me, I was in prison and you came to visit me. Matthew 25:35-36  The seventh work of mercy, “burying the dead” coming from the Book of Tobias.

Completed in c. January 1607, the work was originally conceived of as seven separate panels. In a stroke of genius however, Caravaggio brought each act together into a single composition. At the top, the Madonna and child and two angels look on. 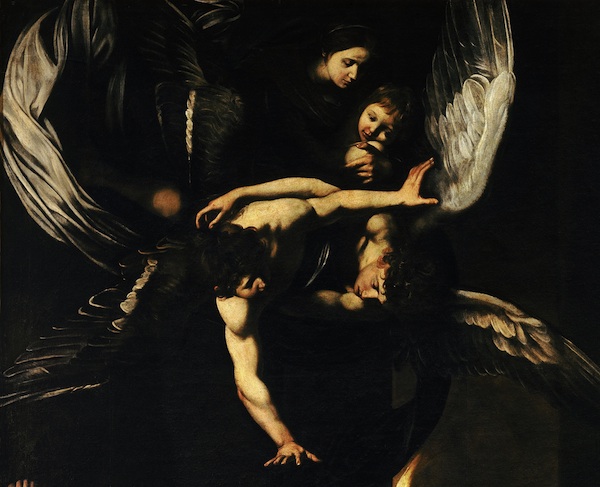 Mercy. It’s an interesting theme considering the circumstances that brought Caravaggio to Naples. Having fled Rome after killing a man, in Naples he found protection from the bounty on his head and earned the commission for what would become one of his most defining works. 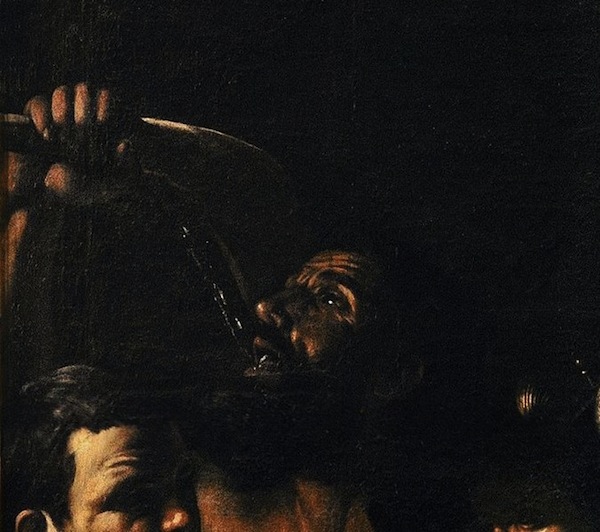 One can’t help but wonder if some level of contrition played out on the canvas, or conversely, did someone or something take mercy on him. Either way, the theme of Caravaggio’s masterpiece is as relevant today as it was when he painted it over four hundred years ago.

A theme that will be revisited in a new exhibit at Pio Monte della Misericordia entitled Sette Opere per la Misericordia. On display, the works of seven contemporary artists of international acclaim: Marisa Albanese, Carlos Araujo, Sandro Chia, Fluvio Colusso, Mimmo Jodice, Clifford Ross and Charles Skatpin. Each of whom have donated one work that explores the theme of mercy.

For three months (November 19, 2011 – February 19, 2012) these works will be displayed side by side with the masters: Caravaggio, Ballistello Caracciolo, Giordano, Santafede and Azzolino. After which, they will be gifted to Pio Monte della Misericordia and will be on display in the Picture Gallery.

Mercy. It will be very interesting to see a contemporary take on this timeless theme.