It’s HOT, HOT, HOT here in Napoli town. The forecast for the next week – hot with intermittent spells of really hot. And when it gets this hot – the thermometer reaching 30+ degrees centigrade, strolling the streets of the city becomes almost unbearable. The best thing you can do is hide in the air conditioning (although most Neapolitans won’t use it – a great topic for another post), hit the beach, or get out in a boat. My first choice on a hot Napoli day, cruising around the Bay of Naples. It’s not only great way to cool down, but it’s also a great way to see the city.

From the Bay you can see Naples from an entirely different perspective. There are just so many vistas you can’t see from the street and one of the most picturesque of these is along the Posillipo coast. Sailing from Mergellina southwest towards the fishing village of Marechiaro and the tiny islet of Gaiola, you get breathtaking views of the Naples coastline with its many hidden grottoes and coves and the characteristic yellow weathered tuff cliffs that seem to rise up out of the sea. You see Roman ruins and the remains of the many villas that once graced the Posillipo shores. And you discover the many private, public, and make shift bagnos and beaches that dot Naples coastline.

Today we’ll stroll, or should I say cruise, the Posillipo coastline. It is a long journey with much to see, so I will break it up into two posts. But before we head west, we have to take a look back at Naples most iconic landmark, Mount Vesuvius.

Our first stop is one of the most famous landmarks in Posillipo, Palazzo Donn’Anna. Jutting out into the Bay at the start of the Posillipo coast it was designed by Cosimo Fanzago for Spanish Viceroy Ramiro Guzman and his wife princess Anna Carafa, from which it takes its name Donn’Anna. Construction was started in 1642 but it was never fully completed and it went through many periods of degradation over the years. Like so many of the villas along Posillipo, it is now condominiums. This shot is an aerial view – but you get the picture. 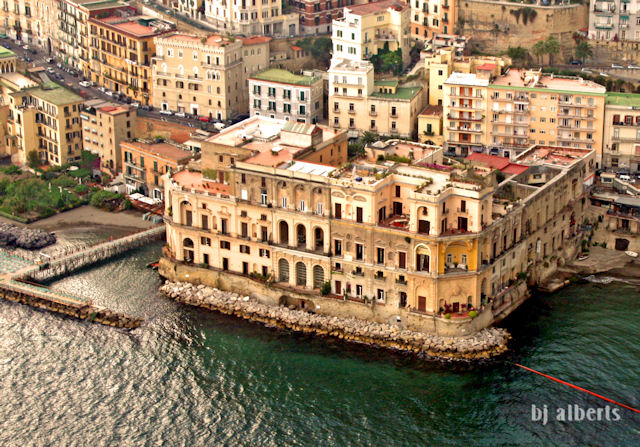 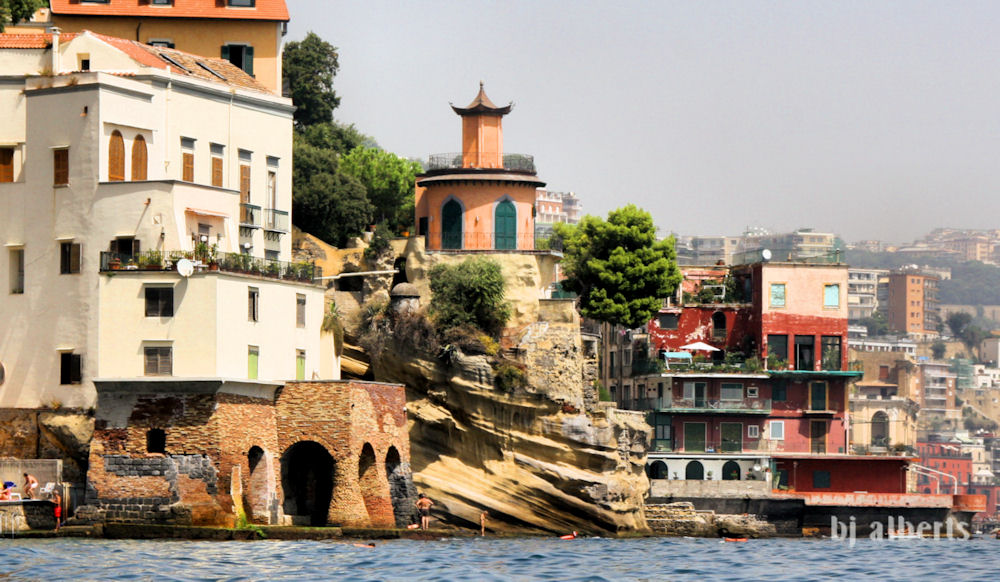 Villa Mazziotti sits on the eastern edge of Villa Martinelli, our summer hideaway I wrote about in our Saturday Stroll to Summers Past. As I mentioned, Villa Martinelli is really used to describe the cove or beach/bagno area and the collection of turn of the century palazzi, the new condos, and the remains of Villa Mazziotti (above) and Villa Cappella di Montesanto. I’ve yet to fully make heads or tails of this yet, but the documentation suggests that Villa Martinelli was originally known as Villa Cappella di Montesanto. Dating to the 1700s, it sits on the west side of the cove. 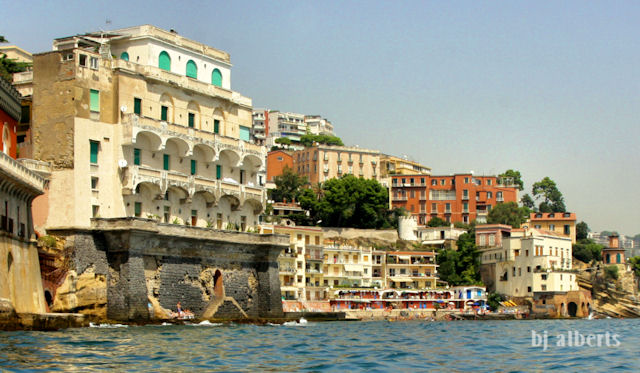 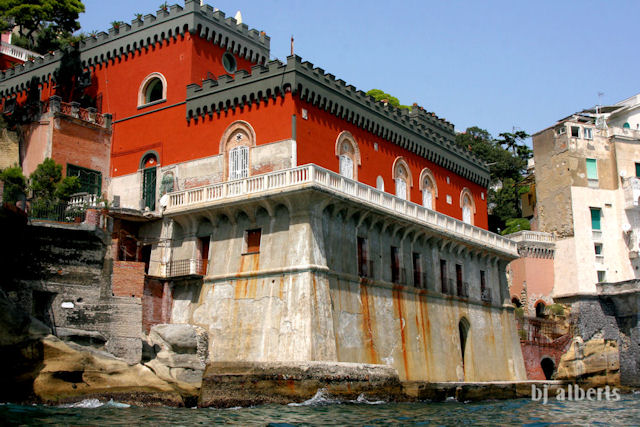 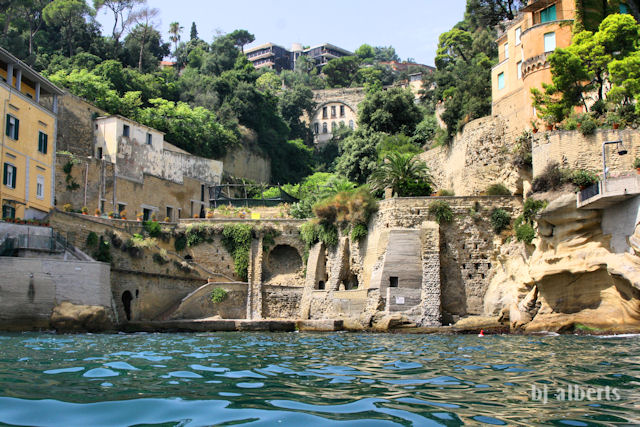 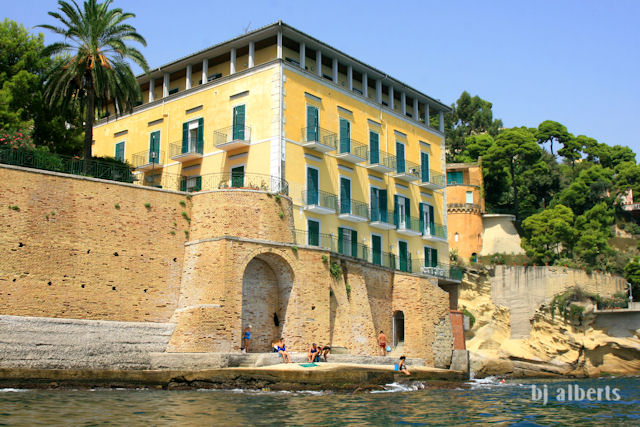 We are only about half way up the coast and we have many more villas, coves and interesting things to explore yet, so check back next week for Part 2 of our Too Hot to Stroll tour of the Posillipo Coast.