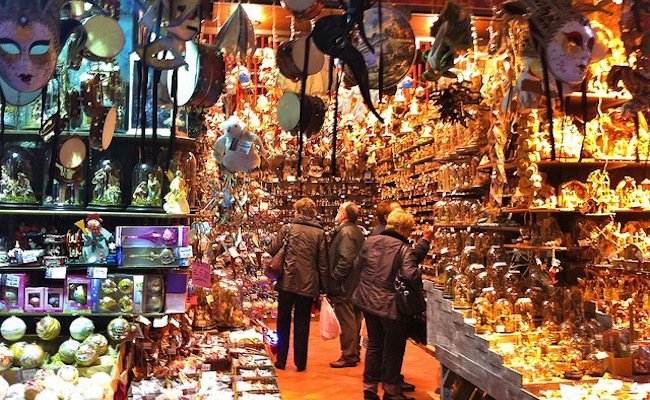 Via San Gregorio Armeno is a narrow cobblestoned alley in Naples Historic District, the Centro Storico, known by most English speakers as Naples Christmas Alley. It is here, where you’ll find Naples famed presepi, the Neapolitan nativity scenes: finely crafted figurines in terracotta and wood and hand made cribs (the mangers). There are also mass produced sets and pieces for those on a budget as well as plenty of Christmas kitsch and other traditional Neapolitan crafts like the famed Pulcinella and the Tammorra Napoletana – the Neapolitan Tambourine.

Via San Gregorio Aremeno is open year round.