Ischia – Mystery of the Thermal Waters

While waters have been used for therapeutic purposes for millennia, the question we, in our modern world must ask is “Do those waters actually have any real therapeutic benefits, or is any benefit, perceived or real, the result of a placebo effect?” Many water bearing sites were considered sacred, so people flocked to these locations with the intention of being healed. That some were in fact healed, or perceived they were does not prove that the waters were efficacious. In fact, the positive result could have been the result of a psychological suggestion.

Of course there are true physiological benefits to thermal baths. Modern physical therapists recommend them and they truly are beneficial for muscle and joint pain. However, this treatment is based on the soothing effect of heat and is not mysterious or complicated in terms of the mechanism which provides the pain relief and overall feeling of well-being. 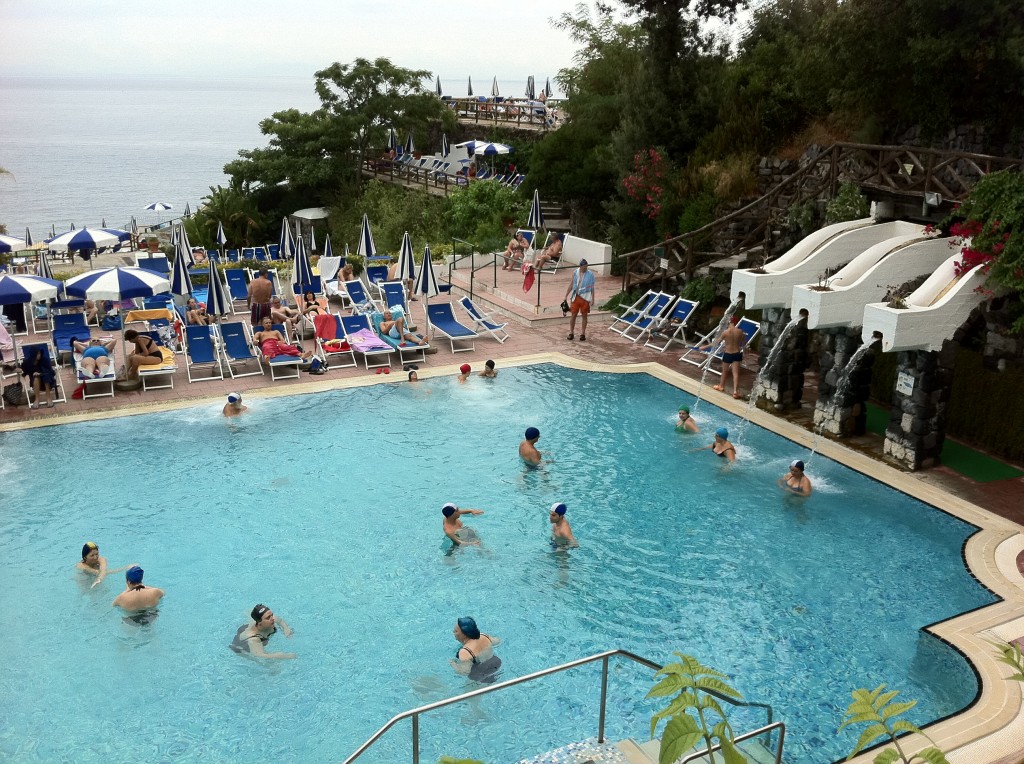 So, must we attribute all of the different types of healing of various maladies to miracles, psychological predisposition or just plain faking it? The answer lies in the advances made in science in the past 150 years. Not too long ago, there was no way to measure “mysterious” things or occurrences. Gases, chemical composition, atomic structure, physical properties, atmospheric conditions, electrical conductivity and geologic phenomena were either unknown or if known and unexplainable had to be attributed to the divine, the malevolent or to miracles. People lived in a very mysterious environment and could not connect cause and effect in a scientific way. Cause and effect was tied to the divine.

So, from paleolithic times, when early man bathed in thermal waters and felt good afterward, they just accepted the fact and went back time and time again. In fact, they and their descendants considered that a location for a new settlement which had hot springs was a bonus and we find many ancient villages located near thermal springs. 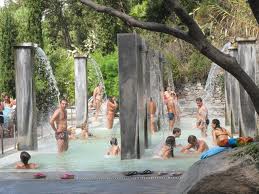 As civilization progressed and medicine advanced, we find evidence by Greek and Roman doctors prescribing thermal baths for a variety of ailments. Subsequently the written record regarding the use of thermal springs waned, until 1559, when Guilio Iasolino wrote the first book on the health effects of the thermal waters found on Ischia. Iasolino and others, mainly in Germany, described “strange properties” associated with these waters which were different than others and had a healing effect on the body. When Marie Curie came to Ischia in 1918 she determined the waters were radioactive, with various components of radium, radon, thorium, uranium and actinium.The radioactive content explained why these same waters, having a short half-life, did not have the same effect if they were bottled and transported elsewhere.

The most important therapeutic element in the water is radon. It is a gas which is dissolved in the water and comes from an alpha particle emanated by an atom of radium. Being a gas, it is absorbed into the skin, is inhaled and can penetrate the interior of the body and be absorbed and eliminated several hours later. Radioactivity is measured in nanocuries and for a water to be considered radioactive it must contain a minimum of one (1) nanocurie/liter. The radioactivity of the Ischian waters is so low that it is not harmful because the gas has a reduced power of penetration (a sheet of paper is enough to stop it), it has a reduced period of life so it isn’t able to bio-accumulate.

The thermal-mineral waters emanate from underground reservoirs fed by rainwater which infiltrates porous ground and which is warmed by heat sources located in the depths of the soil. The water is transformed into steam and rises to the surface. The steam heats the surficial and underground water sources to generate the thermal-mineral water which is enriched by the minerals contained in the soil before rising to the surface. These waters are alkaline or acidic, containing calcium, magnesium, hydrogen carbonate, sodium, sulfur, iodine, chlorine, iron, potassium and micro elements of other active substances including radon.  Ischia’s water is rich in noble elements and mineral salts: sodium, one of the basic elements for the vital activity of living beings, potassium, essential for muscle dynamics, sulphur, essential for joint elasticity and calcium, which has a sedative action on the nervous system. 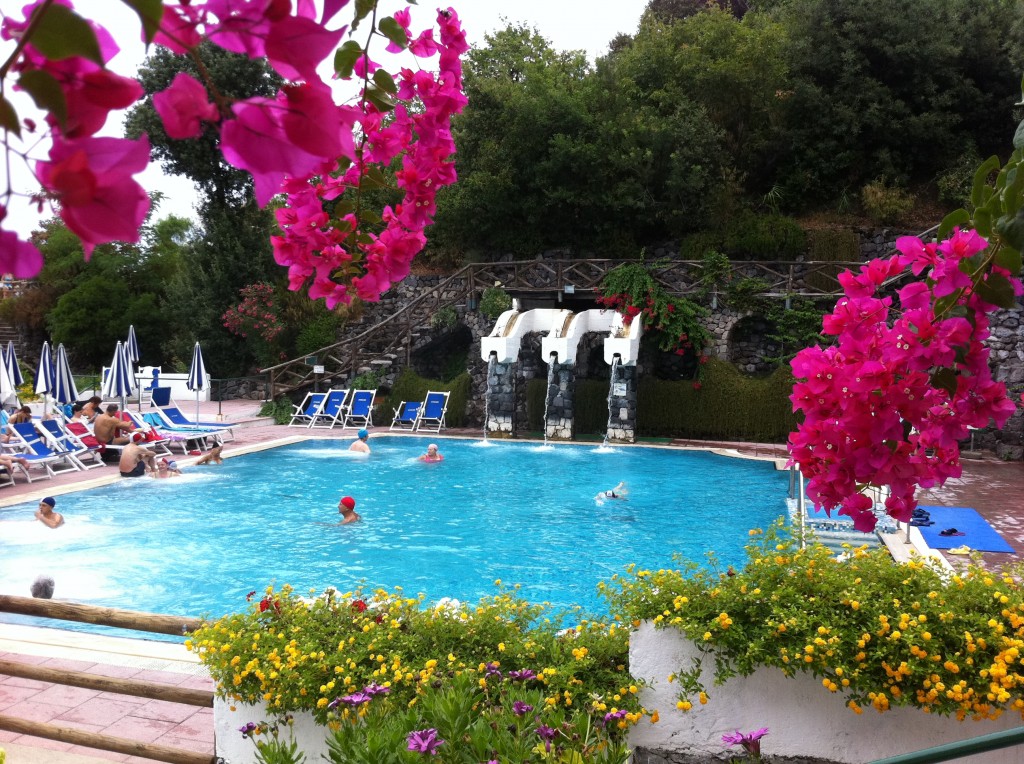 The only way to determine the composition of the waters is by laboratory testing. The Italian Ministry of Health acknowledges medical hydrology as a bona fide practice, not alternative medicine and has published recommendations for treatment of various illnesses such as rheumatic illnesses, arthritis, osteoporosis, chronic inflammation of the sciatic nerve, inflammations of the primary respiratory tract and skin diseases. Maps delineating the types of waters present in geographic areas are available so that patients may avail themselves of the appropriate water.

Figure 1: Map of the geochemical composition of the waters A) Calcium-bicarbonate B) Alkaline-bicarbonate C) transitional waters D) Sulfuorus-chloridinal-alkaline (Courtesy of Terme d’Ischia) 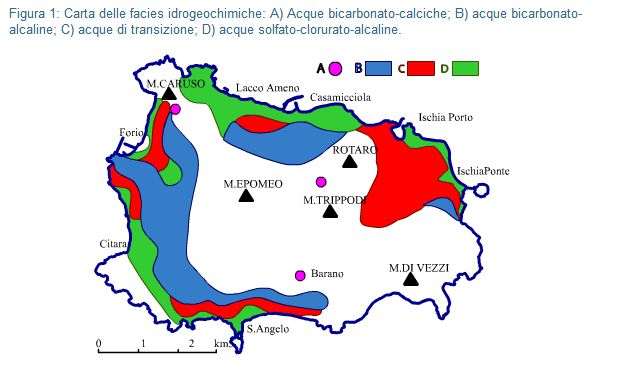 The temperature of mineral waters changes between 15C° and 86C° (so they are: cold, ipothermal, thermal, iperthermal). 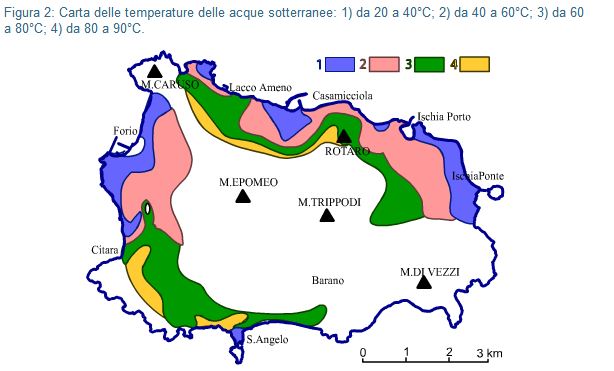 There has been an upsurge in interest in these waters and the National Institute of Health in Washington, D.C. has issued the results of several studies which indicate thermal waters are efficacious treatment for such things as seasonal allergic rhinitis in children (via thermal water aerosal) and thermal mud for psoriasis.

The waters also have a positive effect against the ageing process, smoothing the skin and helping to combat cellulite. (Courtesy of Geothermalenergy.it) 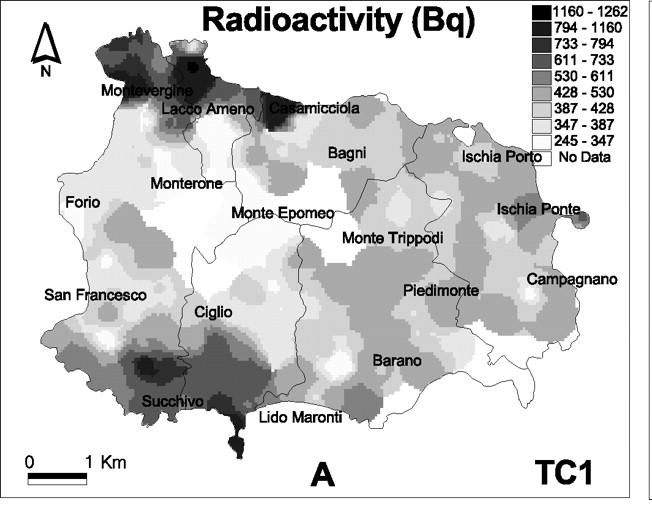 Another widespread use of thermal water is in thermal mud therapy (fangotherapy), which consists in the application of thermal mud on the body.  The mud used on Ischia is of volcanic origin, an argilla (clay) created by volcanic activity together with vegetable and animal micro-organisms, algae, humus and humo-mineral compounds. Volcanic muds contain more organic substances than others. The natural clay is mixed with thermal water, absorbing its beneficial properties. Thermal waters on Ischia have high mineral salt content and are very hot, unlike other radioactive waters found on the earth. The thermal mud is applied in form of masks or bandages at a temperature and for a duration recommended by a doctor.The mud is spread on the part of the body prescribed up to a thickness of 10-12 cm at a temperature of around 47°C. It is usually left on for 20-30 minutes, depending on the doctor’s prescription. Then, the mud is wiped off and the patient must relax for 30-60 minutes. The patient will continue to perspire until the ‘reaction’ time has finished. 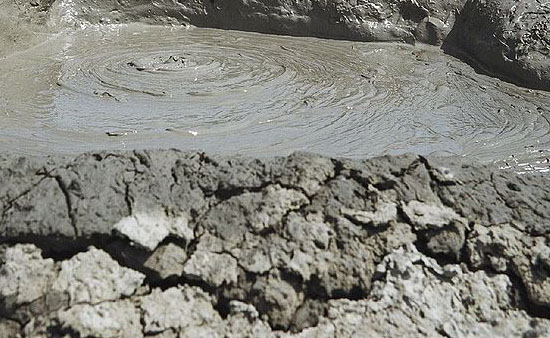 In spite of their diversity, all the muds have the same standard features: sodium, chlorine, potassium, calcium and sulphur in the form of sulphates and sulphides. Because of the variety of different chemicals found in them, different waters and mud are recommended for different treatments.

Near the Maronti Beach a large, strong fumarole  emits gas and vapors at temperatures of about 100 C.  The fumarole is located on the beach just a short distance from Sant’Angelo. The Baia di Sorgeto has fumaroles that bubble up from beneath the water along with hot mud. It makes for a very relaxing day at the beach and the locals often bring eggs and cook them in the steam of the fumarole. 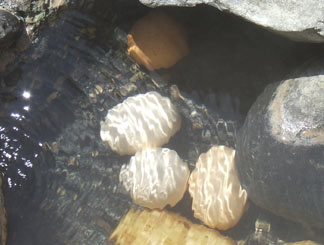 This treatment is a short time (from 10 to 60 minutes) spent in natural caves whose temperature is higher due to the vicinity of hot springs. The caves are either dry – with temperatures up to 70 °C – or humid, where the presence of vapors coming from the mineral springs have a temperature of between 30 and 40°C.

These caves are like saunas created by nature. The time of reaction to the treatment may vary according to the nature of the cave. Cave therapy may be used in addition to mud or bath treatments. Cave therapy is beneficial to the cardio-circulatory and respiratory system.

Next: Capri: Cool, Calm and Collected