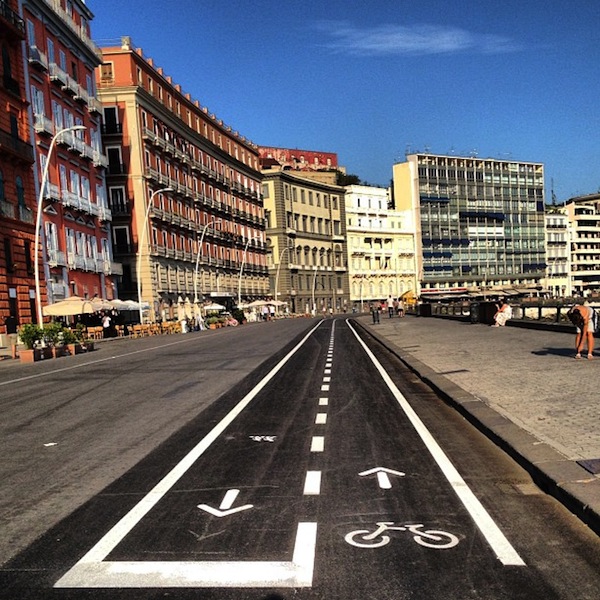 Along with city councillors and dozens of citizens, Naples Mayor, Luigi de Magistris mounted his bicycle last Saturday and pedalled some 10km from Piazzale Tecchio in Naples Fuorigrotta district to Lungomare in Chiaia, inaugurating the first stretch of Naples first ever pista ciclabile, Naples Bike Path.

In the planning stages for years, at its completion, the bike path will connect Bagnoli on the west side of the city to San Giovanni a Teduccio on the east and is expected to be the longest in southern Italy. The project also includes incentives for bike riders including free transport of bicycles on the bus, funicular and Naples Metro Line 6.

Scheduled to open in July 2012, the city broke ground on the first section of the bike path, a €1.2 million project that was scheduled to to be completed in July 2012. While this section of the path was not officially opened until last week, much of it was completed for European Mobility Week and the Napoli Bike Festival held in September.

Just one of a number of sustainable mobility initiatives the city implemented this year, the Mayor said at the inauguration, “My commitment is that by the end of my mandate, all districts of Naples will have a bike path.”