Have a Holly Jolly Naples Weekend 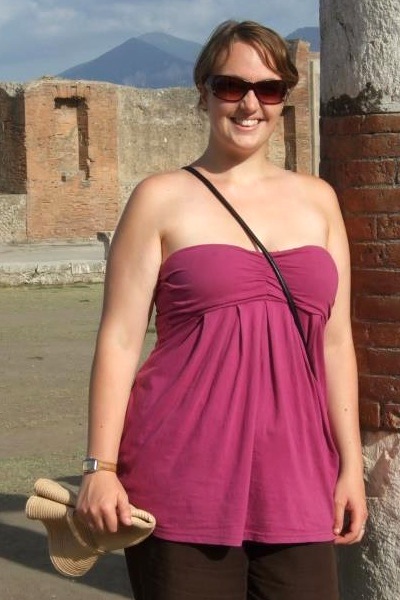 I’m back in sunny Naples! It’s such a lovely temperature now, isn’t it?

The big event for this weekend is the Festival of San Gennaro.  For those of you who haven’t heard of it before, San Gennaro is the patron saint of Naples and every year, on 19th September, a miracle occurs and a vile of the saint’s blood liquifies; the outcome is seen as good or bad luck for the city for the coming year.  For a full program of events for tomorrow’s miracle and events happening until the 27th September, click here.

To coincide with this year’s liquefaction, the Treasure of San Gennaro returns to its museum, with the added bonus of a jeweled miter with 3694 precious stones, made ​​in 1713 by the goldsmith Matteo Treglia on the commission of the Deputation.  The miter is on display until Sunday 21st September.

On occasion of the feast of San Gennaro, in September, the Museo Diocesano is offering a special visit, which, through the works of some of the great masters, recounts some of the important moments in the history of the patron saint of Naples.  The tours run until the end of September.

Tonight, Thursday 18th September, ‘The Railway Man‘ is showing in English at Cinema Modernissimo, as part of their regular ModOriginals series of films in original language on Thursday nights.

‘September at the Decumani‘ continues on Sunday 21st September with live music by Luna Janara in Piazza del Gesù.

If you like having a wander round a market, then head down to the Lungomare for Naples Antiques Market.  The market is on on Saturday 20th and Sunday 21st September.

If you prefer a food market, then the Campagna Amica Coldiretti Markets return on Saturday 20th September in Piazza S. Di Giacomo in Posillipo and on Sunday 21st September in Viale Campi Flegrei, Piazza Immacolata and in Portici at Viale Leonardo da Vinci.  The farmers markets are a chance to buy local products and healthy and affordable food with low environmental impact.

This week sees your last chance to take part in the Humans of Naples – Photographic project for social research.  Read the participation rules and send in your photos, to see them on the Facebook page.

The Estate a Napoli 2014 – Sole, Luna e Talia festival ends this Sunday, 21st September, so have a look at the event page to check what’s going on.

Of course there are more events currently on around Naples, details of which you can find on our events pages.

Enjoy your weekend, whatever you get up to, and fingers crossed for the liquefaction tomorrow.

Holly is an English teacher, working for the British Council, who enjoys crossing cultures, exchanging languages and a good ol' story! Sweet and friendly, Holly always welcomes a good chat. Originally from Southampton in England, she moved to this wonderful city 3 years ago, and has never managed to leave! “Naples has a magnetism that once it gets hold of you, it never lets you go! I’ve thought about leaving a number of times, but every time, the reasons to stay far outweigh the reasons to leave – sun, sea, good food, good wine, fascinating culture and great people – it’s like nowhere else on Earth! I think everyone should visit Naples at least once in their life, but without preconceptions, and should make up their own mind about the place I now call home.”