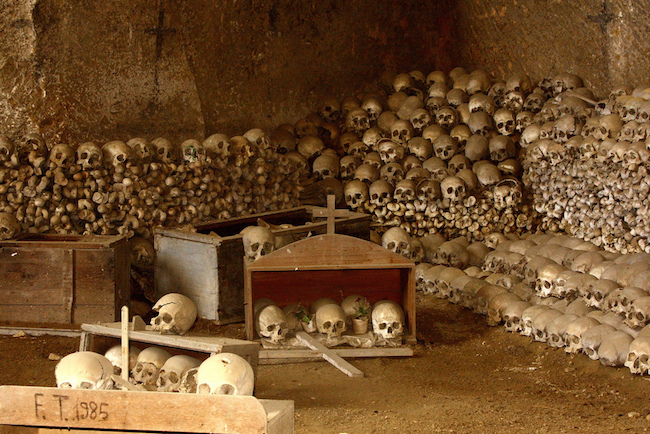 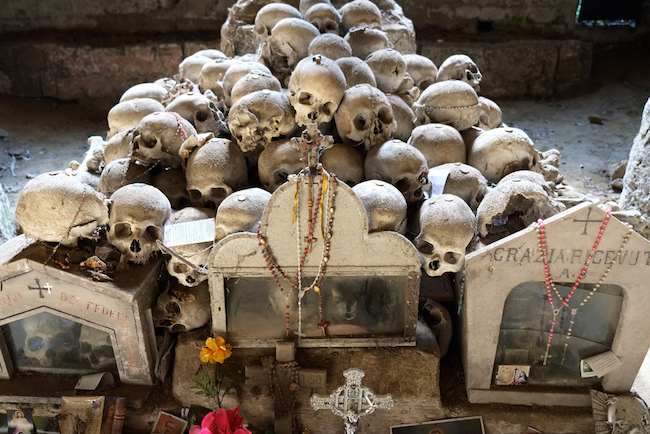 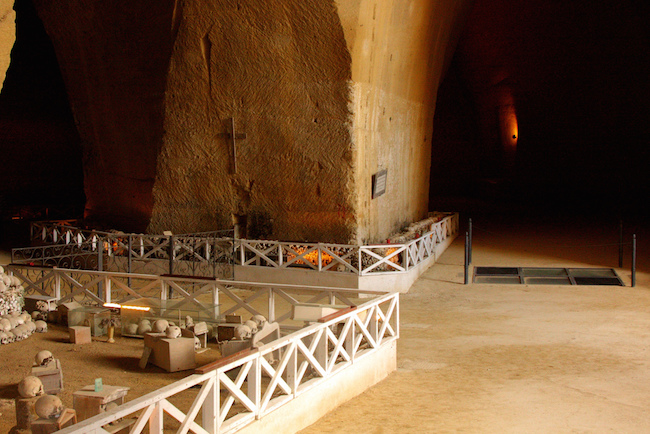 The Fontanelle Cemetery is located in the Valley of the Dead, Naples’ ancient necropolis, and modern day Rione Sanità district. A 30,000 square meter cavern burrowed into the tuff of Capodimonte Hill, this ossuary is said to hold some 8 million human bones. It served as a pauper’s cemetery from the 1500s until the cholera epidemic of 1836, a burial place for the poor and the untold number of souls claimed by disease. In the late 1800s, the Fontanelle Cemetery became a magnet for the cult of the anime pezzentelle (abandoned souls), which was already active in the church of Santa Maria delle Anime del Purgatorio ad Arco and San Pietro ad Aram.

Read more in the Guide!!!