With less than a month to go, Comune di Napoli has announced the Mobility Plan for the event we are all waiting for, America’s Cup Naples, the 2011-2012 Americas Cup World Series Event that will take place here from 7 – 15 April, 2012. 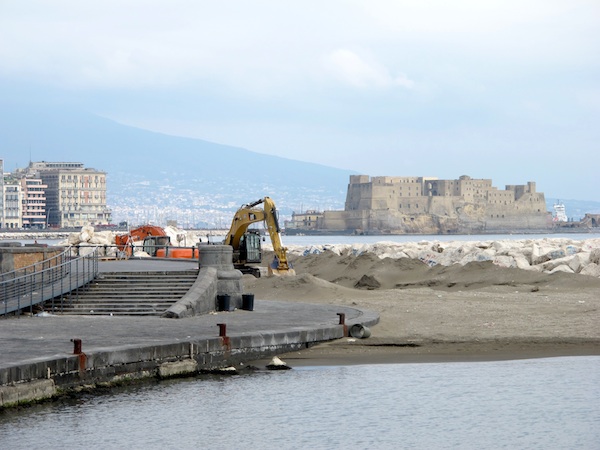 The America’s Cup Mobility Plan will be in effect from March 26th through April 25th and will involve an area that extends from Mergellina to Piazza Municipio and from the sea to Corso Vittorio Emanuele. 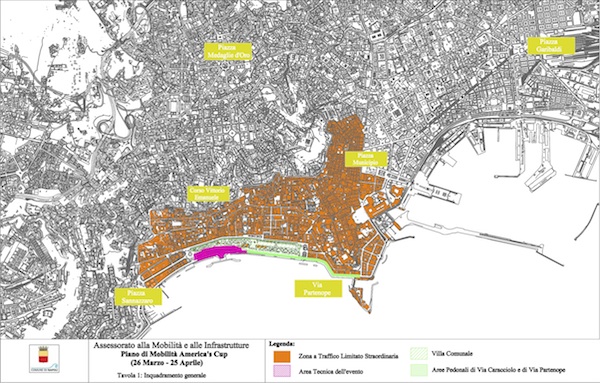 The Mobility Plan includes significant traffic restrictions and diversions, a Special Limited Traffic Zone, ZTL and a Pedestrian Zone around the event area at Rotunda Dohrn, as well as special provisions for public transportation and parking. Comune di Napoli’s Piano mobilità per l’America’s Cup is quite exhaustive, but here are the major highlights. 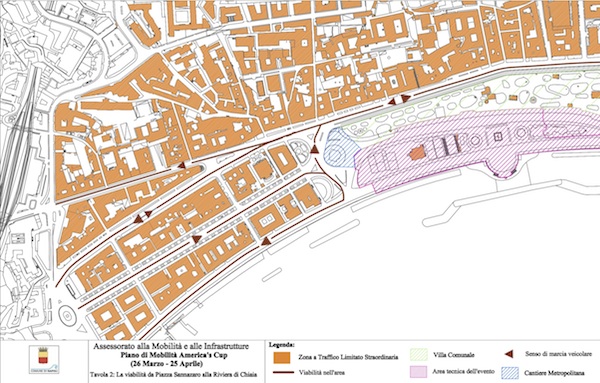 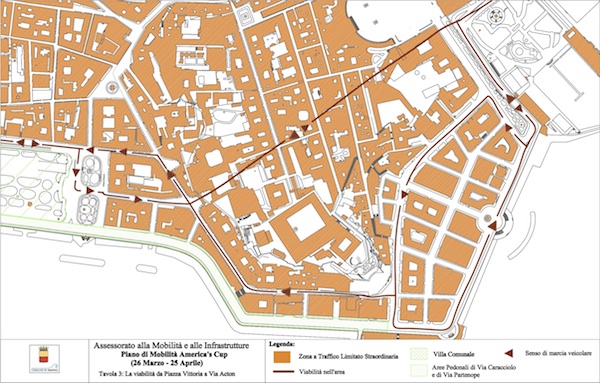 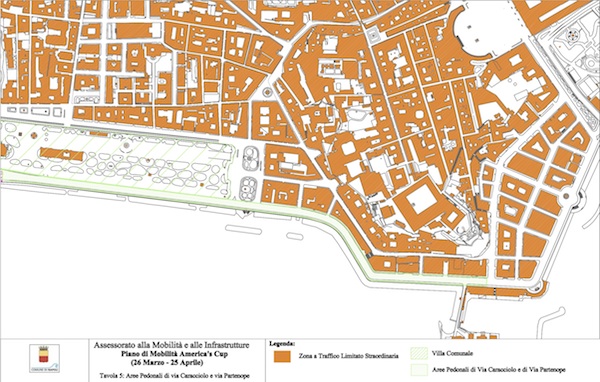 Visitors and those transiting through the ZTL will need to use public transportation and/or leave their cars at one of the parking garages around the city.

Unico Campania will offer  two special public transportation tickets which can be used from 7 to 15 April. The special tickets will be valid for 3 and 9 days and will have a cost of €8,00 and €20,00 respectively.

Metro Line 1 will offer increased services and the Chiaia Funiculare will run until 2400 during the week of the event, April 7 – 15 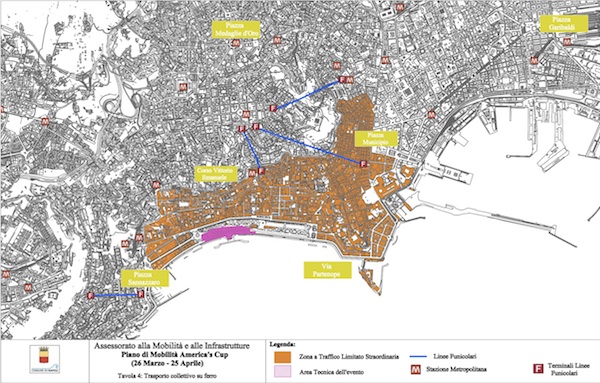 From March 25th to April 26th, Naples ANM Buses will increase services on the 154 (Parcheggio Brin – Santa Lucia – Piazza Vittoria) and 151 (Piazza Garibaldi – Piazza Vittoria – Piazzale Tecchio) lines to every 10 to 12 minutes from 0800 – 2000
ANM will also increase bus services in the ZTL during the week of the event, April 7 – 15
From March 25th to April 26th, a special shuttle bus, the Chiaia Tender Bus will run 5 buses between Piazza Municipio and Piazza Sannazaro with service every 7 to 8 minutes 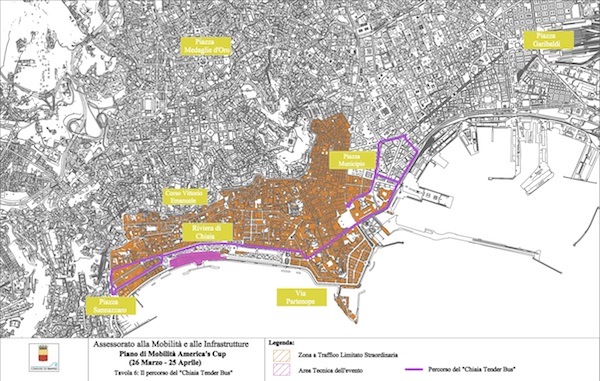 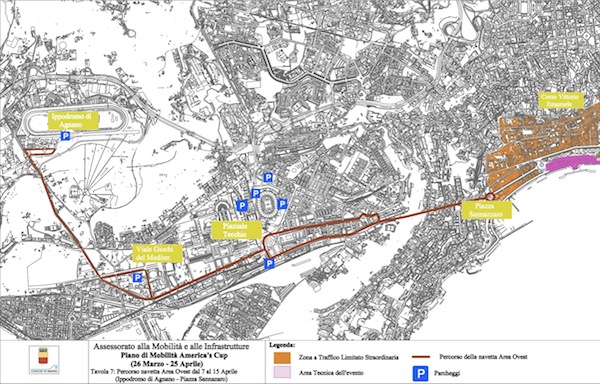 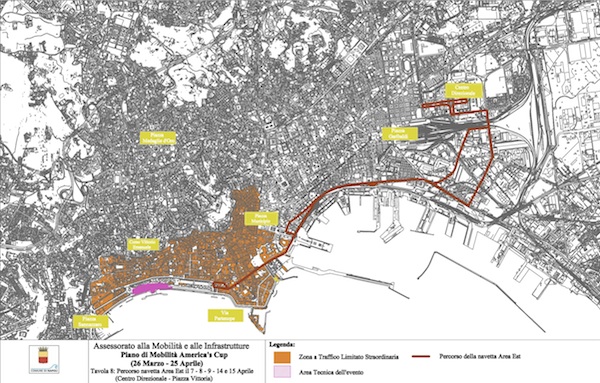