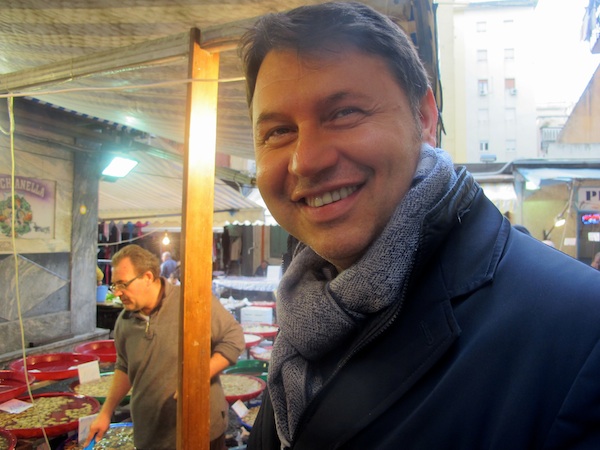 The star of the Neapolitan Christmas Eve dinner, Cena della Vigilia di Natale may be Capitone Fritto, but Baccalà is not only a favorite on Christmas Eve, but year round.

Bake it, fry it, steam it, or serve it alla Napoletana, with a sauce of tomatoes, olives and capers. Whichever method you choose, Baccalà makes for one delicious dish.

Salted codfish from the seas of northern Europe, how Baccalà became a classic Christmas Eve dish, chissà perchè. But like most Neapolitan food, we do know that it was a dish of necessity. Before Baccalà was over fished, it was very inexpensive. So inexpensive in fact that it was considered the fish of the poor. Today, it has experienced a rebirth of sorts and now finds its way onto the menus of even the finest restaurants. 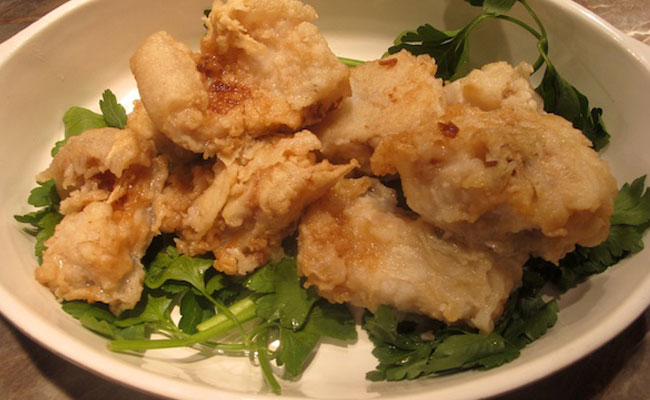 Along with orata and spigola, sea bass, Baccalà is the favored white fish on Christmas Eve. But unlike the other dishes on the Christmas Eve menu, you won’t be buying Baccalà live or fresh for that matter. Conserved under salt, it has to be soaked in water for a few days to remove the salt, changing the water frequently. Fortunately, Baccalà is so common here that you can purchase it già ammollato, already soaked or desalted. Where? At Naples biggest and best fish market, Porta Nolana of course. 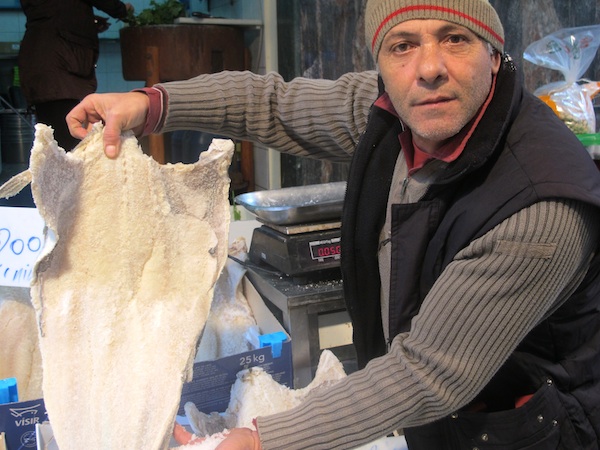 Just a word of warning though. Even Baccalà that has already been soaked has a fairly unpleasant odor. Don’t be alarmed and rest assured it will taste and smell delicious once it is cooked. 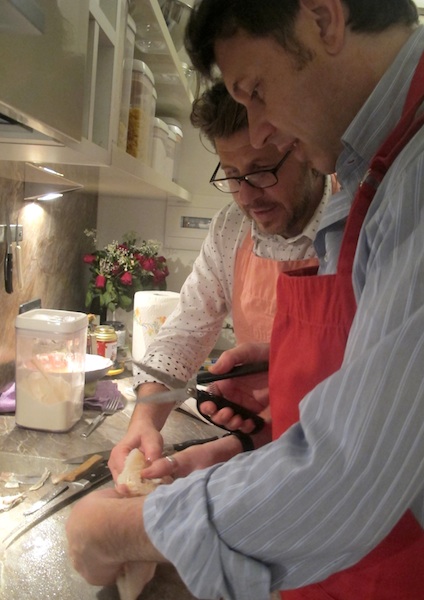 A quick peak at Giuseppe and Massimo frying up the Baccalà

More about Christmas in Naples